Daughters released their amazing album “You Won’t Get What You Want” on Ipecac back in November. The album was met with praise from everywhere and was on many best of the year lists for good reason.

This latest video is for “Less Sex” and it’s almost impossible to not make a comparison to Nick Cave in the style of delivery that Alexis Marshall has on this song.  The song itself is dystopian and cathartic surrounded by enclosing wails while standing on quicksand.
You want to move but you won’t.
You want to leave but you’ll stay for one more song.

They’ve been on the road during their hiatus, they accompanied The Dillinger Escape Plan on some of their final shows ever and they’re on the road now.
They will be on a US tour with Black Mass starting February 16th and they will play the Regent Theatre March 2nd.
See them live if you get the chance! 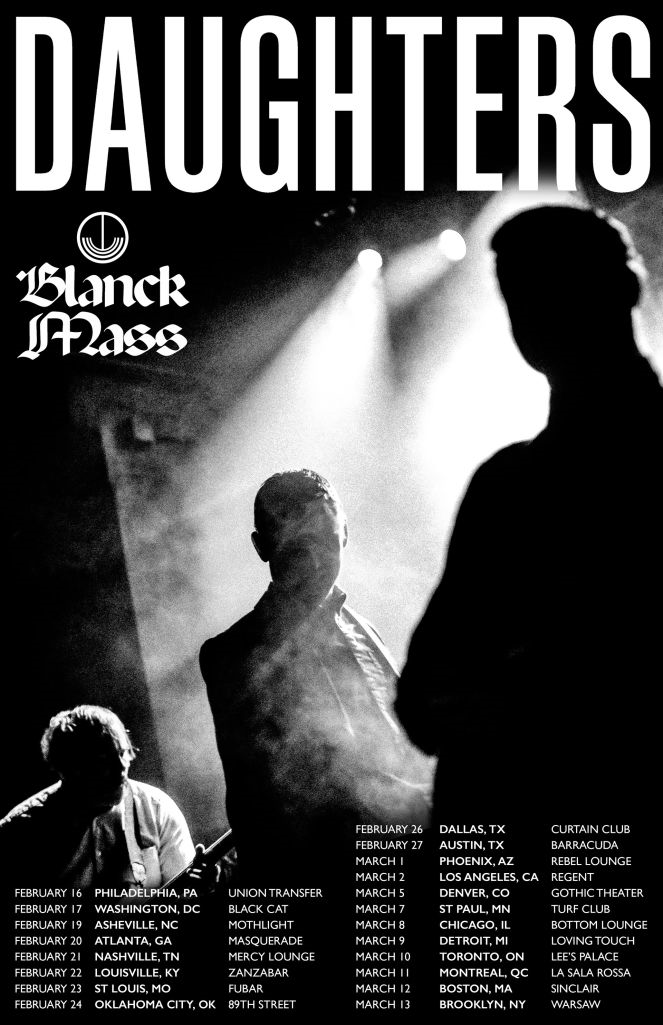