Flavio Etcheto has released a new EP “Superbrillantes” on Casa Del Puente Discos. The Ep was released on October 12th, 2018. The physical release of the album will have the following tracklisting:

The last 3 songs from that album are from his Triptico EP 7″ released late last year. 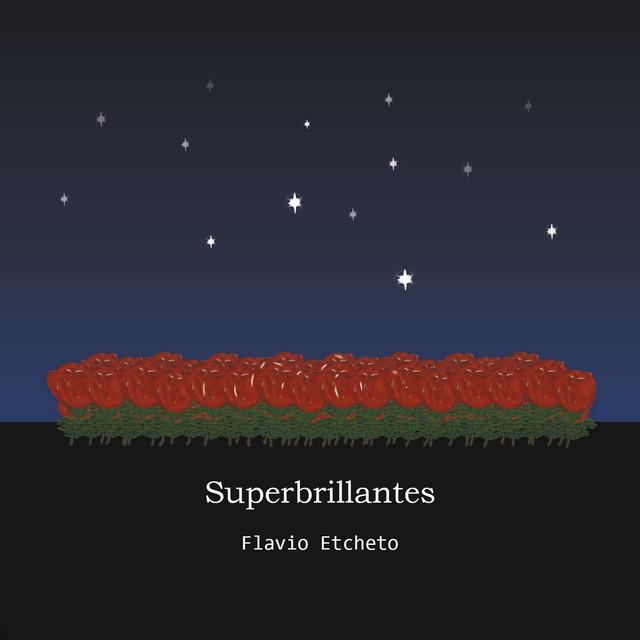 The EP has 5 amazing songs that are some of the best latin dream pop songs released in the last few years. Superbrillantes sounds like a companion piece to Bocanada and Colores Santos, both albums that Etcheto worked on with Gustavo Cerati and Daniel Melero (on the latter). For whatever reason the work that Flavio Etcheto does here feels like he’s weaving a connection to the era in those albums, even though those albums were almost 10 years apart. It does not feel nostalgic, and I applaud him for that. The EP just feels right.
The way the songs sound. The way the sounds feel. The feeling you get that you’re hearing something familiar yet in a new way or form. They feel connected and you feel connected to them.

For those fans that have been missing, or clamoring, for the sound that Cerati left behind years ago, here’s your opportunity to jump back in and enjoy some amazing work.
This would also help by showing your support to this independent artist that relies on fan support and word of mouth.

The fact that he plans on touring this album is quite exciting. He’s recruited Jupi Medvescig (Tantra) in guitar and Pedro Moscuzza (touring members of the Siempre es Hoy band from Cerati) on drums. He says he has plans to hopefully visit Mexico at some point to present this album, if this is the case then hopefully he can make the trek all the way to the Tijuana border.