METZ just released a video for their new ripping song “Dry Up” which will be included in their upcoming B-Sides and rarities album “Automat” out July 12th on SubPop.

In a statement the band said:

“METZ have been making music together for over 10 years,” says the band’s frontman Alex Edkins. “It’s been a blur. We’ve very rarely allowed ourselves to look backward. We’ve been hyper-focused on always moving forward at breakneck speed, perpetually fixated on what’s next. The video for ‘Dry Up,’ as well as the Automat album, is an attempt to pause, take a breath, look backward and take stock of our past. It’s intended to express how grateful we are to be able to do what we do. It’s a love letter to the incredible places we’ve traveled, the beautiful people we’ve met, to community, music, and friendship. 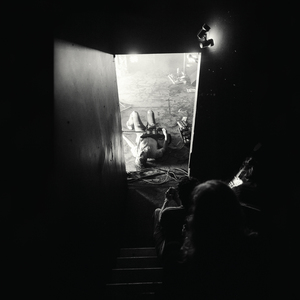 Included here are the band’s first three 7” singles, recorded 2009-2010 and originally released by We Are Busy Bodies Records; a demo version of “Wet Blanket,” the explosive single from 2012’s METZ; two tracks from the limited-edition bonus single that accompanied preorders of METZ; “Can’t Understand,” originally released in 2013 by [adult swim]; and both tracks from the band’s 2015 single on Three One G.

Consumers of the vinyl format of Automat will be rewarded with a bonus single that includes three additional tracks: a cover of Sparklehorse’s “Pig,” from a very limited 2012 Record Store Day split single originally released by Toronto’s Sonic Boom record shop; “I’m a Bug,” a cover of The Urinals’ art-punk classic, originally released on YouTube (not an actual record label) in 2014; and METZ’s previously unreleased rendition of Gary Numan’s “M.E.”

They will be performing, at which we can imagine might be a highlight of the festival, at this years edition of Desert Daze. Here’s to hoping additional dates are announced to coincide with that date.